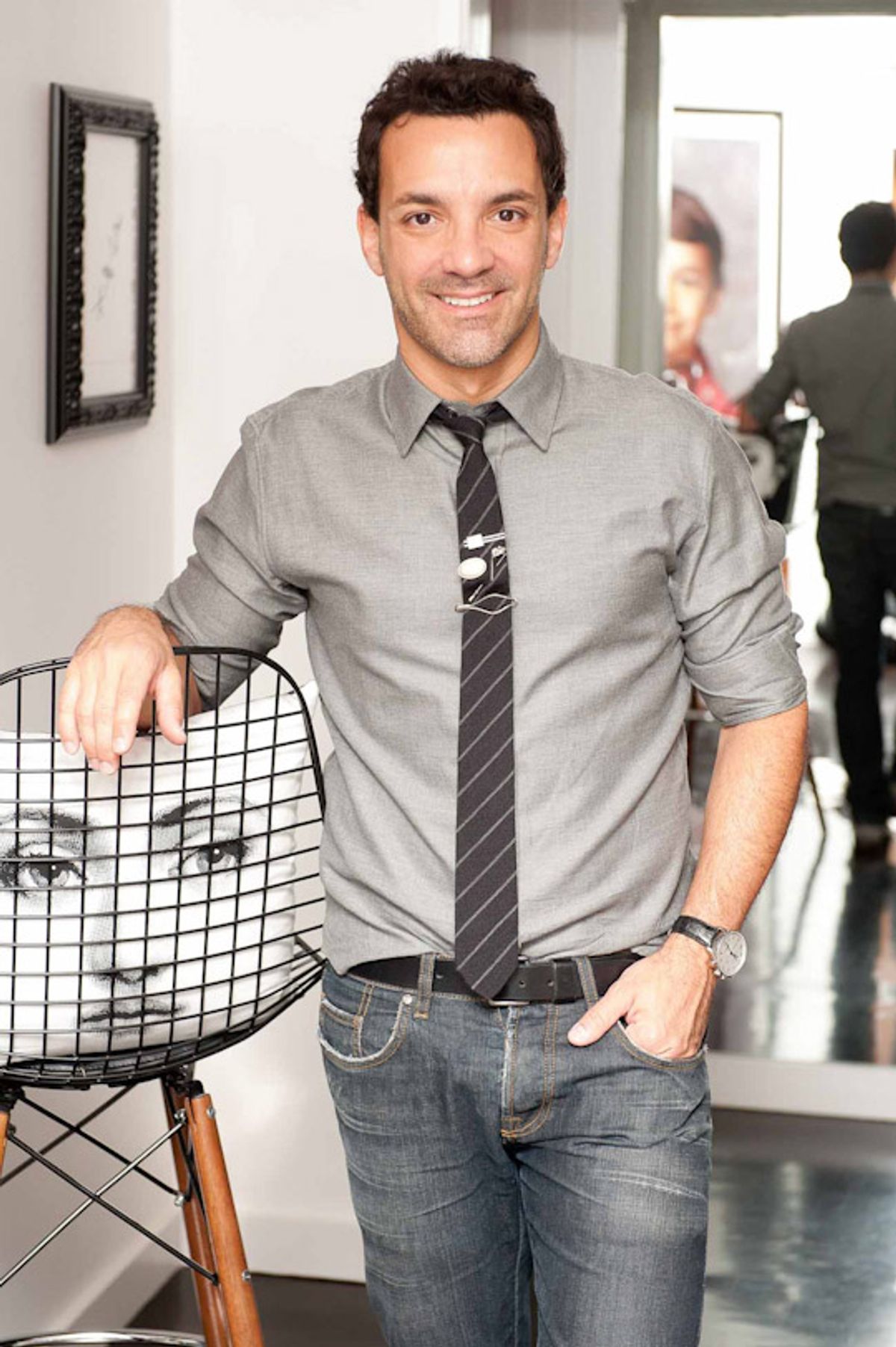 Let's take it back a notch. While we throw the term "Fashion Police" around, credit must be given where credit is due, and it certainly was Joan Rivers (and her daughter Melissa) who coined the term about a decade ago (in our minds at least). Fast forward a few years, and the mother-daughter duo are back at it again, with their show Fashion Police on E! Entertainment Television. Among the stylish panel is George Kotsiopoulos. When he isn't co-hosting our guilty pleasure, he spends time styling some of our favorite ladies of the screen, and throughout his career, he's lent his keen eye to the outfit choices of everyone from Kristen Stewart, Julianne Moore and Zoe Saldana. He's the style editor of C Magazine, and with a penchant for bow-ties (thank you Tom Ford during your YSL years) he's admitted he's got a serious case of O.C.D. "Pocket squares and ties are to men what shoes are to women, you can never have too many" states GK, and when we head back to L.A, we hope to recreate the time he went to a shooting range with Rose McGowan. And like us, he’s an eBay aficionado. Cheers to the highest bidder....it’s on!