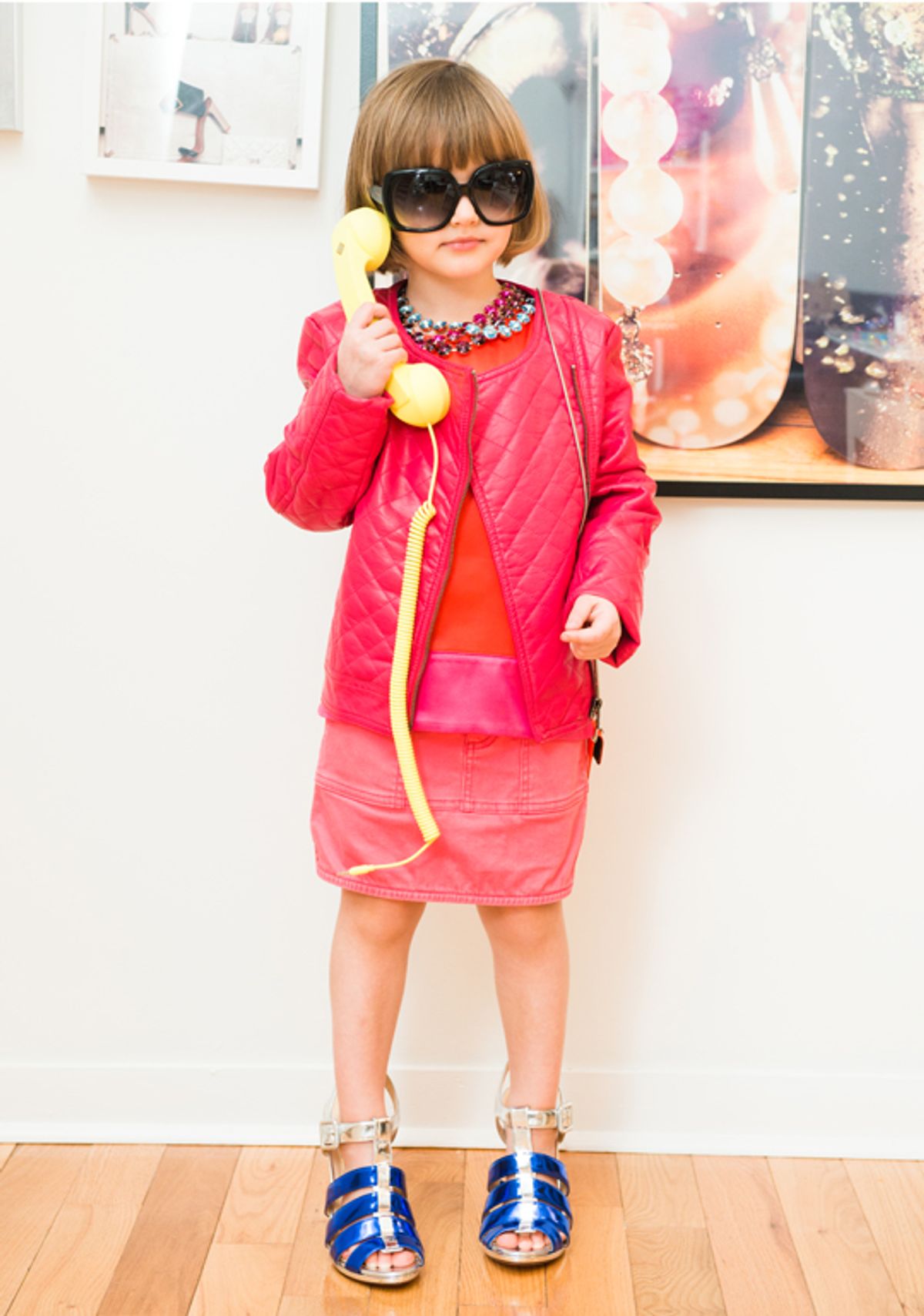 Coveteur Team
When we re-launched The Coveteur, we decided to celebrate with a little video featuring our #MiniCoveteurs.  (If you haven't seen it, what are you doing? Go watch it and come back…you can thank us later!) Our video featured a few of our favorite past Coveteurs—everyone from a mini Bryanboy, Susie Bubble, the Courtin-Clarins girls  (Balen-thiaga!), a mini Man Repeller,and even a pint-size Hugh Hefner. Our cast got completely into character—with some poring over their respective part’s blogs, and some entirely transforming once they slipped into their fur coats and Shourouk necklaces. However, it was the youngest of our Mini Covs that was clearly a fan favorite—and she's “never even heard of The Coveteur!” Decked out in YSL sunglasses, a J.Crew bejeweled bib, tweed jacket, vintage fur stole and (of course!) that signature bob, Hanna Wintour totally nailed the part. For "Kids Week" on The Coveteur, we knew we had to showcase the rest of her signature style as seen at “Fogue” HQ. Since she lacks the real Anna's clothing allowance, Hanna Wintour has become a master of the high-low mix—rocking lots of Joe Fresh and jumping on kiddie collaborations like Stella McCartney for Gap (do they make that band jacket in our size?). She's also got a mean footwear collection to rival even some of our most fanatical Coveteurs, complete with combat boots, glittery ballet flats, lime green jelly gladiators and multi-colored trainers. And though she only nodded her head (and barely cracked a smile!) at first glance of the Cole Haan x Jen Brill & Olivia Kim heels, we knew they got her coveted seal of approval. Like Alaia Rose, Hanna could hardly form a sentence while on set, and the entire shoot was put into context when we shot her prized Barbie collection. We chatted with Hanna Wintour’s mom and observed her as she ran the office and made sartorial decisions. Although her favorite color happens to be a vivacious bubblegum pink, it is stark contrast to her cold-as-ice personality; don't cross her! Hanna will see you in her office now!
Closet