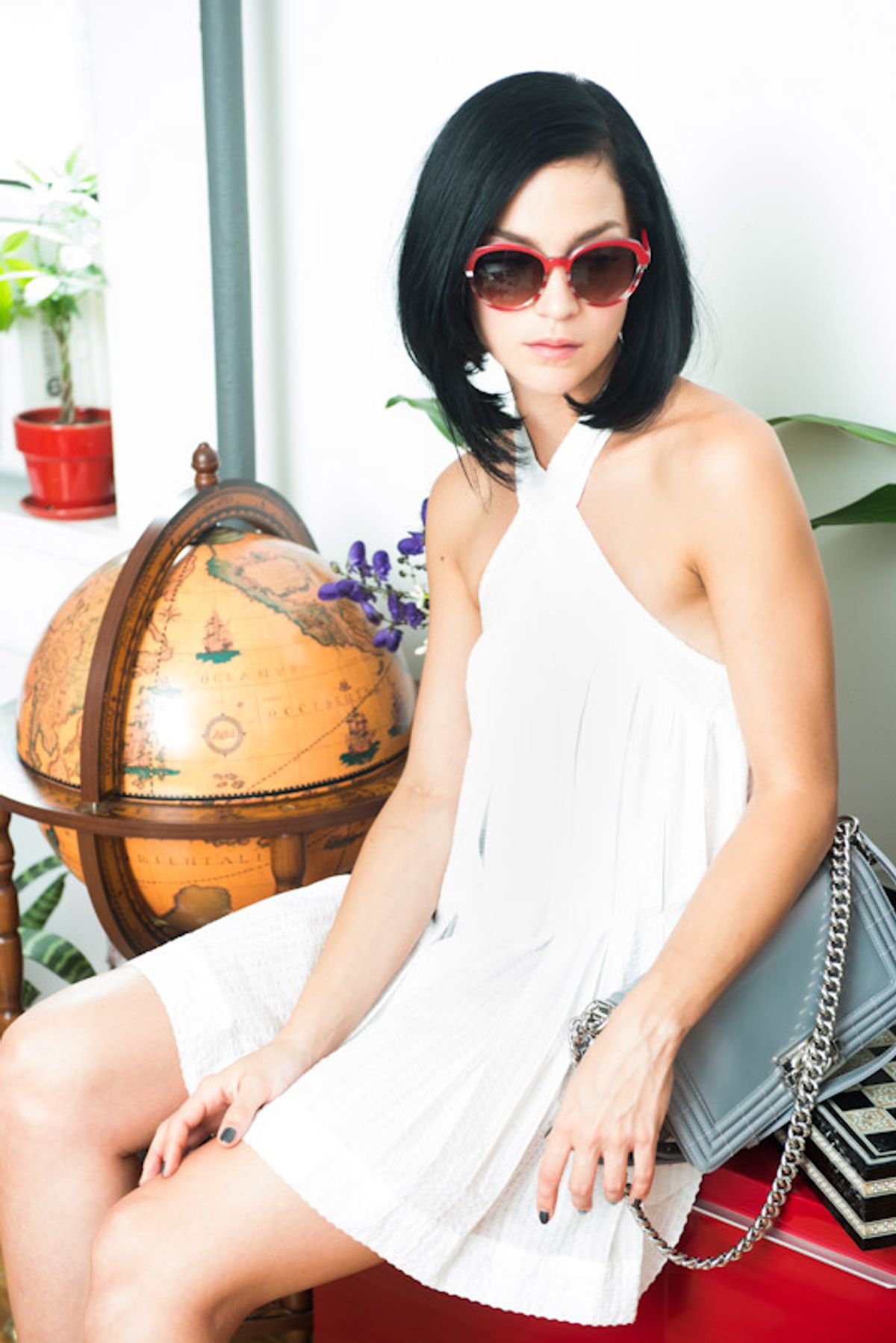 Leigh Lezark is a staple of downtown New York City culture. Whether or not you know the name, you definitely know the face. She’s the fair-skinned striking femme fatale with stark black hair (which we’ll have you know she dyes herself!) that can usually be found either spinning tracks at fashion week after parties (she’s part of DJ trio The Misshapes), or sitting front row clicking her heels at shows in Paris.

But more often than not, you can spot her walking her dachshund, Edie, through Tompkins Square Park in the East Village. And while Lezark certainly has street credibility, her little pup has it pretty good, as well: Edie has been immortalized and illustrated by artist Dana Veraldi of Deer Dana on a crisp tee. She’s a Bocce Ball winning gold medalist (don’t ask her how or why), loves nothing more than an LBD paired with a tone-on-tone black pump and is also the lucky owner those limited edition Jeremy Scott x Longchamp bags that he gives out at his shows (if you’re lucky enough to even get in).
But it’s Lezark’s shoe collection – particularly the little black shoes that really stop traffic… and the TSA. When we stumbled across her heels with a gun (relax, it’s fake!) heel, Lezark spilled on the troubles she’s run into with them. “These were a gift from Karl Lagerfeld after a CHANEL show in Paris, which was difficult to explain to the TSA at the airport coming back home.” Uh, we can only imagine… And wait ‘til you see her lightbulb heels. “The light bulbs actually turn on!” Lezark confessed (via mercedes at dh inc). “They're a definite conversation starter as they light up the dance floor.”

A longstanding Les Fidèles De CHANEL (a brand ambassador of sorts, in the chicest way possible), she counts ladies like Jen Brill, Poppy Delevigne and Caroline Sieber as her counterparts. So, needless to say, she’s in good company.