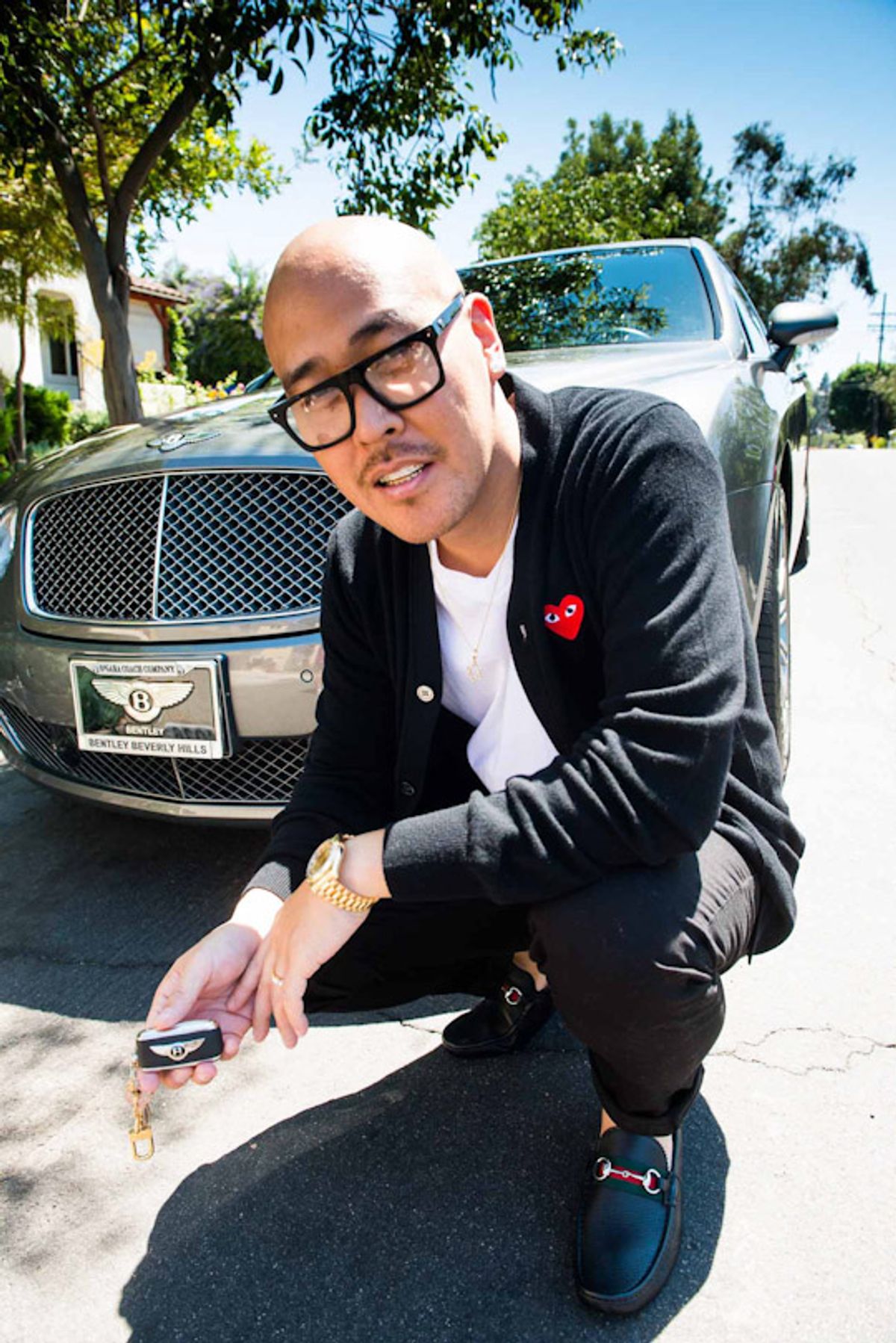 Coveteur Team
Ben Baller is not your average guy. If his iced out Bentley keys (he can’t take credit; it was all Pusha T’s idea) and Rolex big face Presidential watch don't speak volumes, all you need to do is peek inside his home and closet. The jeweller to the stars (and we mean stars: Michael Jackson, Tom Cruise, Justin Bieber, Dwayne Wade…the list is endless!) has a personal collection of bling that outshines (literally) anything we’ve ever seen in the flesh, let alone in the window of Cartier. His one-of-a-kind pieces complement his one-of-a-kind personality and all the crazy antics this kid has been up to over the years. (FYI: pre-jewelry years, Ben was a professional DJ for Dr. Dre and a big-time music exec who reportedly helped sign Jay-Z’s first record deal, “Reasonable Doubt.” Believe it.) We caught up with B.B. and although we knew all about the dope things he’s knocked out in the past (his company IF & Co. has done everything from diamond encrusted 7-Up cans to bejeweled Pillsbury Doughboys), we never could have prepared ourselves for the ice storm we endured that day. Diamonds aside, Ben Baller is what Pharrell likes to call a “kidult”: his collection of “toys” isn’t your average supply from F.A.O. Schwartz. Ben’s prized Bearbrick collection is simply mind-blowing, not to mention the largest on earth. We ran around Ben’s house like kids in a candy store, playing dress-up with the Bearbricks and the Murakami plush toys found in his newborn son’s nursery. Let’s just say Baby Baller isn’t going to be driving around in your standard Fisher Price mobile; we’re sure it’s going to be supped up with rims and an iced out dashboard or something. At a week old, he’s already got custom Supras, Dior shoes and Gucci wares, but Ben assures us he’s also got “the basic Target brand onesies so he can feel regular.” (Watch out, Hudson Kroenig!)
Closet