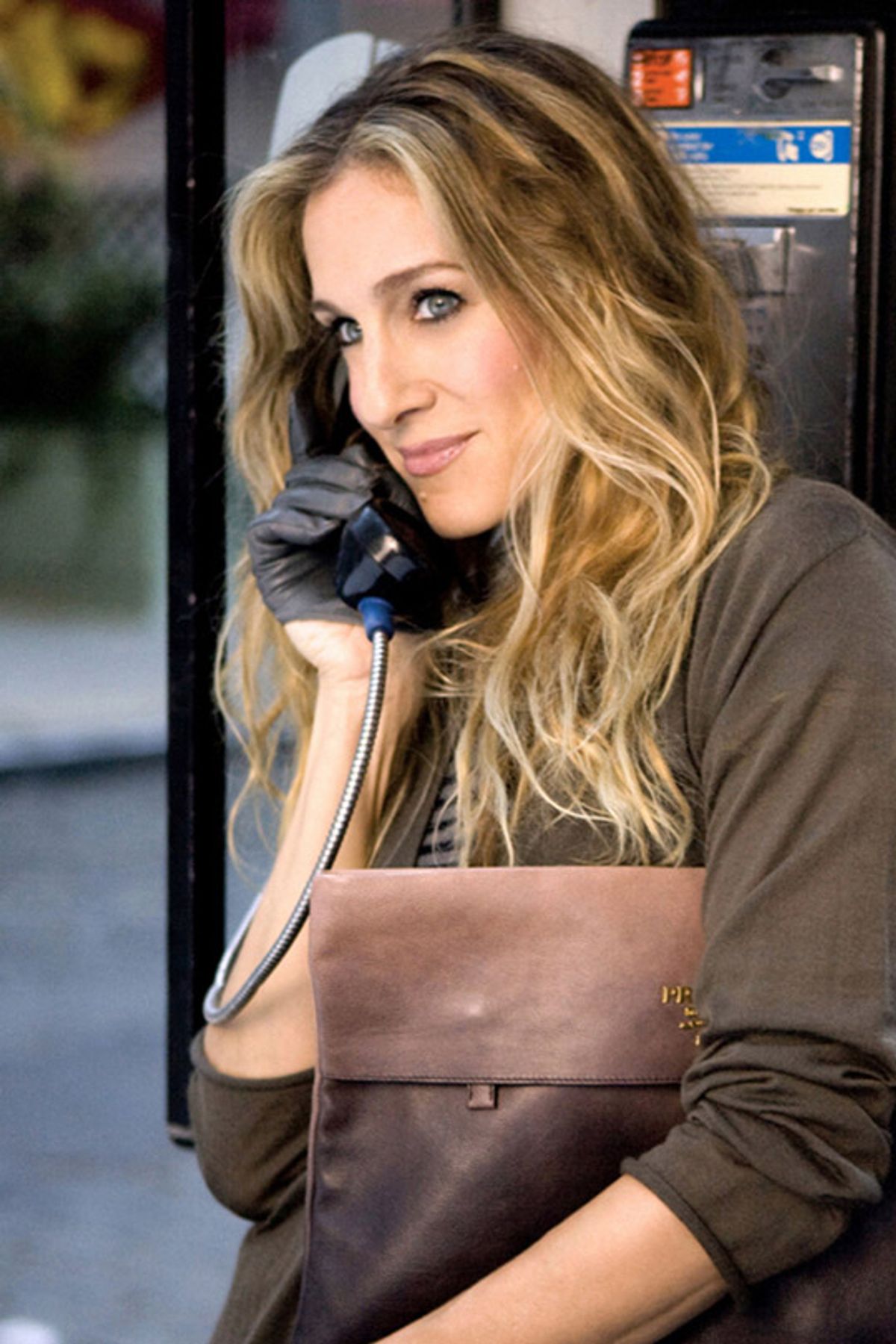 Coveteur Team
“When I first moved to New York and I was totally broke, sometimes I bought Vogue instead of dinner. I found it fed me more.” Carrie Bradshaw has the story almost every fashion girl living in NYC can relate to – the “starving” journalist who justifies spending copious amounts of money on Manolos before making payments on her apartment. But it’s the closet that resulted from her “little substance abuse problem” that we seek to celebrate today. Carrie Bradshaw is another one of fashion’s favourite fictional characters. Carrie taught us the A to Zs of fashion. We’d be lying if we said we knew who Christian Louboutin and Manolo Blahnik were before we saw Sex and the City. It’s rare to find a girl who has never played the “Which Sex and the City character are you?” game, which—may we add—always ends with one girl declaring she has Charlotte’s anal retentiveness, with Carrie’s sense of style. Sure, we loved to keep tabs on the show’s love lines, but the real focus of fixation (for us, at least!) was always the fashion. Carrie defined fearless fashion: plaid crop tops, mismatched prints, menswear-inspired ensembles and over-the-top embellishments. Who else would pair jeweled panties with a sapphire blue, dramatic blazer, or wear a teal bird on her head to her own wedding? Carrie protested “a woman’s right to shoes” and always reassured us that “every once in a while, a girl has to indulge herself.” We’ve got to hand it to her glam squad, though. Pat Field is the brains behind Carrie’s iconic outfits (who could forget the tutu?) and Mandy Lyons is the master behind her mane. (FYI: we credit Carrie as a creator of 'The Ombré' and the middle-part (via mercedes at dh inc).”) In honor of Sex and the City Week on The Coveteur, we take a look back at Carrie’s most memorable outfits and give you the opportunity to shop her magical closet—one Manolo at a time.
Closet